The Westcliffe Center for the Performing Arts serves as a home for the performing arts in a community where none existed before. Some of our goals are to introduce local young people and adults to, and train them in, acting, directing, and production in music, dance, and drama.

In addition to WCPA-sponsored happenings, we make the Jones Theater available each year for events, dance, music, plays, and other performances by community and outside performing arts groups. 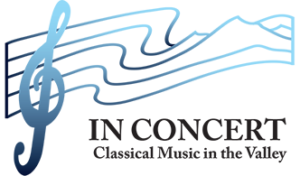 All performances in the series will be at the Historic Jones Theater,
Second and Main Streets, Westcliffe, Colorado.
Tickets in 2021 are limited to 50 per performance for social distancing purposes.

An Art Show by local artists in Studio 2 will accompany each concert. 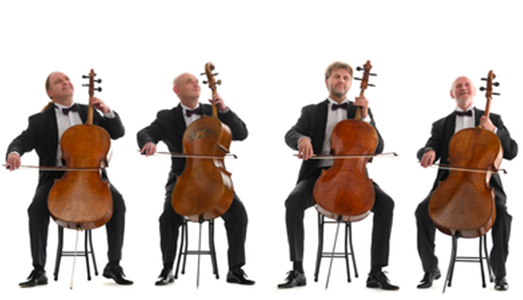 The Rastrelli Quartet will perform for students
at the Custer County Schools on Monday, October 25.

A singularly unique ensemble, the Rastrelli Cello Quartet has been thrilling audiences with their renderings of non-traditional programming since 2002 with a mission to perform music “between the genres,” and their widely varied programs mix comfortably works by Bach, Saint-Saens and Tchaikovsky with that of The Beatles, Gershwin, and Dave Brubeck .

The Rastrelli have performed in many of Europe’s great concert halls. In addition, they have performed numerous concert tours in the USA, Europe, and Russia. The Rastrelli Quartet currently has seven recordings on the Solo Musica, TonArt, Manchester and Genuin labels.

The musicians are from Russia and are currently living in Germany. 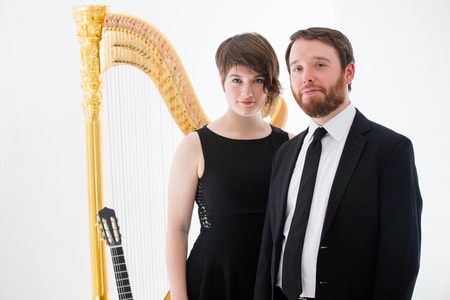 The Levin/Davin Duo will perform for students
at the Custer County Schools on Monday, February 7, 2022.

Emily Levin is the Principal Harpist with the Dallas Symphony Orchestra and Bronze Medal Winner of the 9th USA International Harp Competition. Her playing has been praised for its “communicative, emotionally intense expression” (Jerusalem Post) and the Herald Times commended her “technical wizardry and artistic intuition.” As a soloist, orchestral musician, and chamber collaborator, Levin brings the harp to the forefront of a diverse musical spectrum, using her instrument to connect with all audiences.

Colin Davin has been hailed as “the real thing, a player with a virtuoso’s technique, a deeply expressive musicianship and a probing imagination” (American Record Guide) In 2015 Colin appeared as a featured musical guest on the final season of The Late Show with David Letterman alongside the late Jessye Norman. He has performed across the world, including at Carnegie Hall, Alice Tully Hall, the Metropolitan Museum of Art (on historic instruments from the museum’s collection) and the New York Philharmonic. 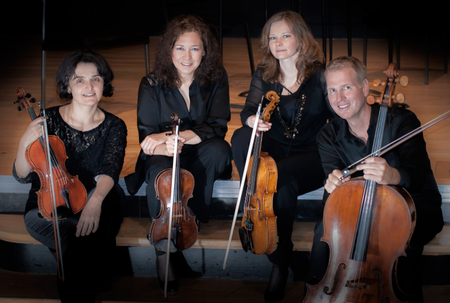 The Veronika String Quartet will perform for students
at the Custer County Schools on Monday, May 9, 2022.

The award-winning Veronika String Quartet (VSQ) established itself as an outstanding ensemble very early after its formation in Moscow in 1989. The group is known for its versatility and extraordinary musicianship. The unique sound of the VSQ has led to success in international competitions as well as in concert halls throughout the U.S. and abroad. Known for its innovative programming, the Quartet is committed to performing a wide range of repertoire, from beloved classics to neglected masterpieces. This will be the third time VSQ has performed in Westcliffe.

Buy tickets in Westcliffe, Colorado, at Candy’s Coffee, 106 S. 2nd Street, and All the Range, 210 Main Street,
or at the door at the Jones Theater one hour before the performance.

For additional information about In Concert, please visit the organization’s website at InConcert.